Gabriel Fauré and His Circle of Influence, Part II An afternoon of chamber music by Martinů, Boulanger, Saint-Saëns, Kodály, Bloch and Fauré, performed by the Nisene Ensemble.

Gabriel Fauré (1845-1924) was one of the most influential of French composers, linking the end of Romanticism with the beginnings of the modern era. He was a founding member of the “Societe Nationale de Musique” along with Camille Saint-Saëns who was Fauré’s mentor and lifelong friend. Saint-Saëns also taught Eugène Gigout, who eventually taught Bohuslav Martinů after Martinů moved to Paris in 1894. After being appointed to the faculty of the Paris Conservatory, Fauré taught many young composers and one of the most well known of these was Nadia Boulanger who herself became sought after and mentored many of the leading composers of the 20th century. One of Nadia’s students was Suzanne Bloch, daughter of her close friend Ernest Bloch. In her student years, Nadia also studied organ with Charles-Marie Widor along with Zoltán Kodály, who had come from Hungary to study with Widor. 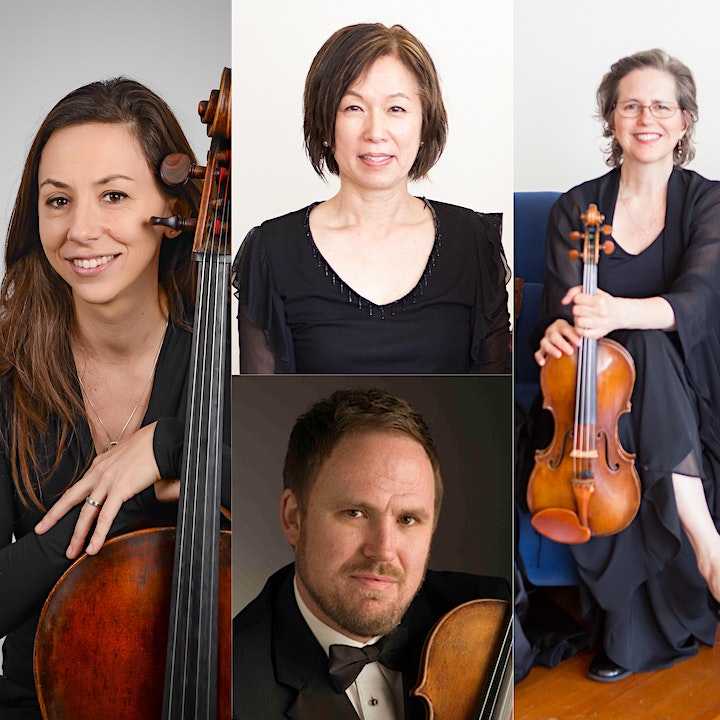 The Nisene Ensemble are:

Click here for more information about the Santa Cruz Chamber Players and our current season.